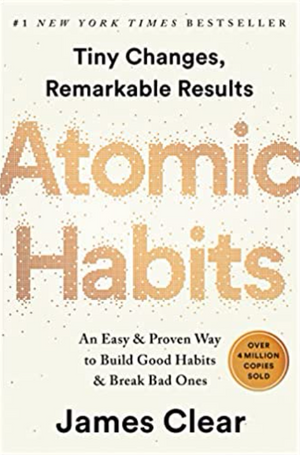 Chloe bought me the book, Atomic Habits for my upcoming tour to Australia (which has now been moved to the fall) and I've been devouring it the past week. She knows me so well. It's a fascinating read on parsing the way habits are formed and developed, delving into the minutia of how to accomplish more by focusing on less. The book begins with an anecdote about the British cycling team that went from being one of the worst teams in the world to being one of the best by focusing on making little things 1% better. It then moves through different studies, stories, and thoughts on habits and how by understanding their nature, we can better understand how they can be applied to our lives.

I know for myself I can get overwhelmed in trying to accomplish bigger goals and desires in my life, thinking I have to make bigger changes to achieve bigger goals. In Atomic Habits, James Clear illustrates how making small incremental changes can add up over time. That resonates with me, having let go of some habits that haven't served me and picking other ones up that do over the past few years. 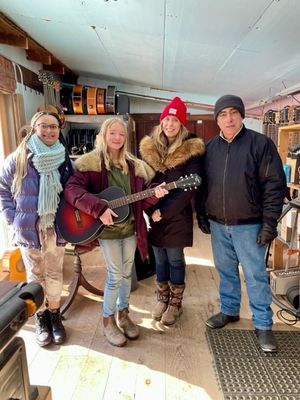 Good habits that I've been cultivating lately have been meditation, visualization, exercise, learning french, and practicing piano among others. I use the Productive app on my iPhone which helps remind me of the habits, lets me check them off, and keeps me honest about doing them. Chloe told me that you get a dopamine hit when you check something off a list. I usually like using a pencil to cross something off of a list though, for the repetitive nature of these habits, the app is great. The more I do them, the easier doing them becomes and feels less like an obligation and more of an enjoyment and something I look forward to.

On Thursday and Friday, we had a rare ice storm that left the world blanketed in ice. Saturday and Sunday were filled with cold sunny weather that bounced light off of every branch and limb, shimmering like a frozen fairy-tailed world. We went for a drive on Saturday through the ice-covered country to a man in the country who repairs and rebuilds guitars. Rob, Chloe's father, bought Louise a guitar from him as a late Christmas present. It was such a sweet gift and a beautiful day for a drive.

The days are starting to get lighter and the clock tower that chimes every hour is slowly falling behind, chiming about 4 minutes after the hour. I think it was about 2 minutes behind the hour a few weeks ago. The face of the clock is also stuck at 6:11 or something like that. I appreciate the chiming of the bells and its' interpretation of time in our small town. I wonder if the ice storm slowed time down? Ice can slow water, can it slow time?